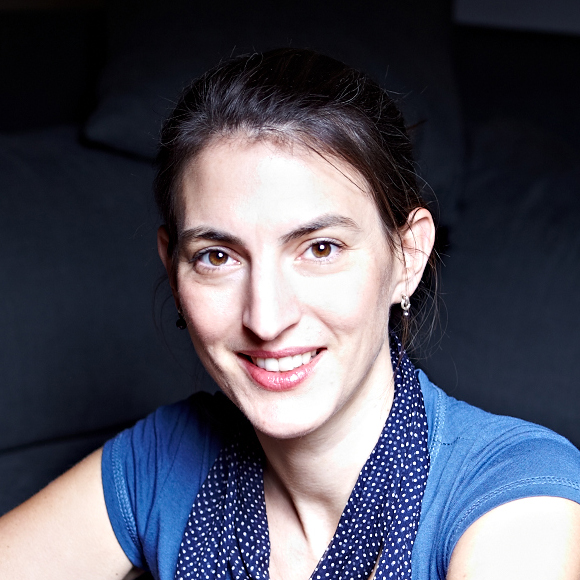 Larissa Bertonasco already started her career as an illustrator in her school days: Besides doodles in her Latin book she also designed the cover for the school newspaper or tattoos for her friends. "Ever since I can remember, I've been designing all kinds of things, painting, crafting, writing, making stuff up, and I definitely wanted to work in an artistic environment. Theatre, music and dance also fascinated me!” The subject of illustration at the Hamburg University of Applied Sciences was a natural choice because the course was very open and Larissa was able to try out a lot of things.

Accordingly, Larissa enjoys the fact that there are many different areas in illustration with many different challenges. From comics and animated films to packaging design, editorial and book illustration, she has already realised a wide variety of projects. She also likes to deal with diverse topics in terms of content: “I like that, it keeps me on my toes and it's always exciting!”

Larissa is not afraid of a blank sheet of paper; for her, life itself is usually enough inspiration if you just go through the world with your eyes open. Clever and humorous people, other fellow artists from all disciplines and time and again literature, music and dance make her reach for her sketchbook.

She works a lot with acrylics, coloured pencils and collage techniques. Larissa has recently rediscovered drawing with pencil and ink. A very important working utensil: music in her ear! She loves working analogue: "That's when I feel the connection to my drawing and the creative process the most." But if the assignment requires it, she also creates digital illustrations on the iPad.

At the beginning of a classic illustration assignment, Larissa scribbles a lot and thus feels her way towards an idea with sketches. The client then gets to see a final draft or variants, which she then develops further. For collages she likes to create mood boards with a selection of materials in advance. Graphic recording is Larissa's latest passion: whether digital or analogue, she lets herself be carried away by every topic and quickly and intuitively depicts the essence of the presentation.

Her cookbook "La nonna La cucina La vita - The wonderful recipes of my Italian grandmother", published in 2005, was originally "only" her diploma thesis but became a bestseller. She still loves cooking and Italy, but she enjoys variety at least as much and is happy to take on projects from all subject areas.

Her favourite subjects to draw are people, especially women. In terms of content, Larissa likes to focus on femininity and female empowerment, mental health and other topics currently being discussed in society, such as migration and intercultural exchange: "Because these topics interest me personally anyway, it's a lot of fun to implement visual ideas for them and it's easy for me to empathise."

Clients appreciate Larissa's sense of colour and the fact that her paintings work on an emotional level – the motifs are beautiful and positive, but not superficial. Larissa wants her pictures to have an autonomy and also function outside the respective context. Images that accompany a text add a new layer. "It is important to me that my pictures touch people."

A particularly exciting project for Larissa was the graphic recording at a symposium of the Dachverband Tanz (umbrella organisation for dance) on the topic of diversity in dance: “It was very intense, I visually accompanied various lectures in English the whole day, and the audience could watch me drawing.” As both dance and the topic of diversity interest Larissa very much, the lectures and participants were extremely inspiring and exciting for her, and she was very happy with the results.

Larissa also benefits a lot from her creative network, studio neighbours or her colleagues from the artist group SPRING, with whom she produces an annual monothematic publication. The creative collective regularly organises small internal workshops and supports each other with all kinds of concerns.

In future Larissa wants to incorporate more projections in her work and to design an entire wall or façade.

Larissa Bertonasco already started her career as an illustrator in her school days: Besides doodles in her Latin book she also designed the cover for the school newspaper or tattoos for her friends. "Ever since I can remember, I've been designing all kinds of things, painting, crafting, writing, making stuff...