Live drawing at Hermès as an employee and customer events

In June, Hermès invited to a special employee event at the Hotel Bayerischer Hof in Munich: The golden twenties were celebrated that evening, and Ekaterina Koroleva accompanied the event with sweeping portraits of the glamorously dressed guests. The artist illustrated stylized fashion portraits with ink and watercolor and decorated them with a name or an individual dedication. Anyone who liked could take home original artwork and a memento of this golden event. 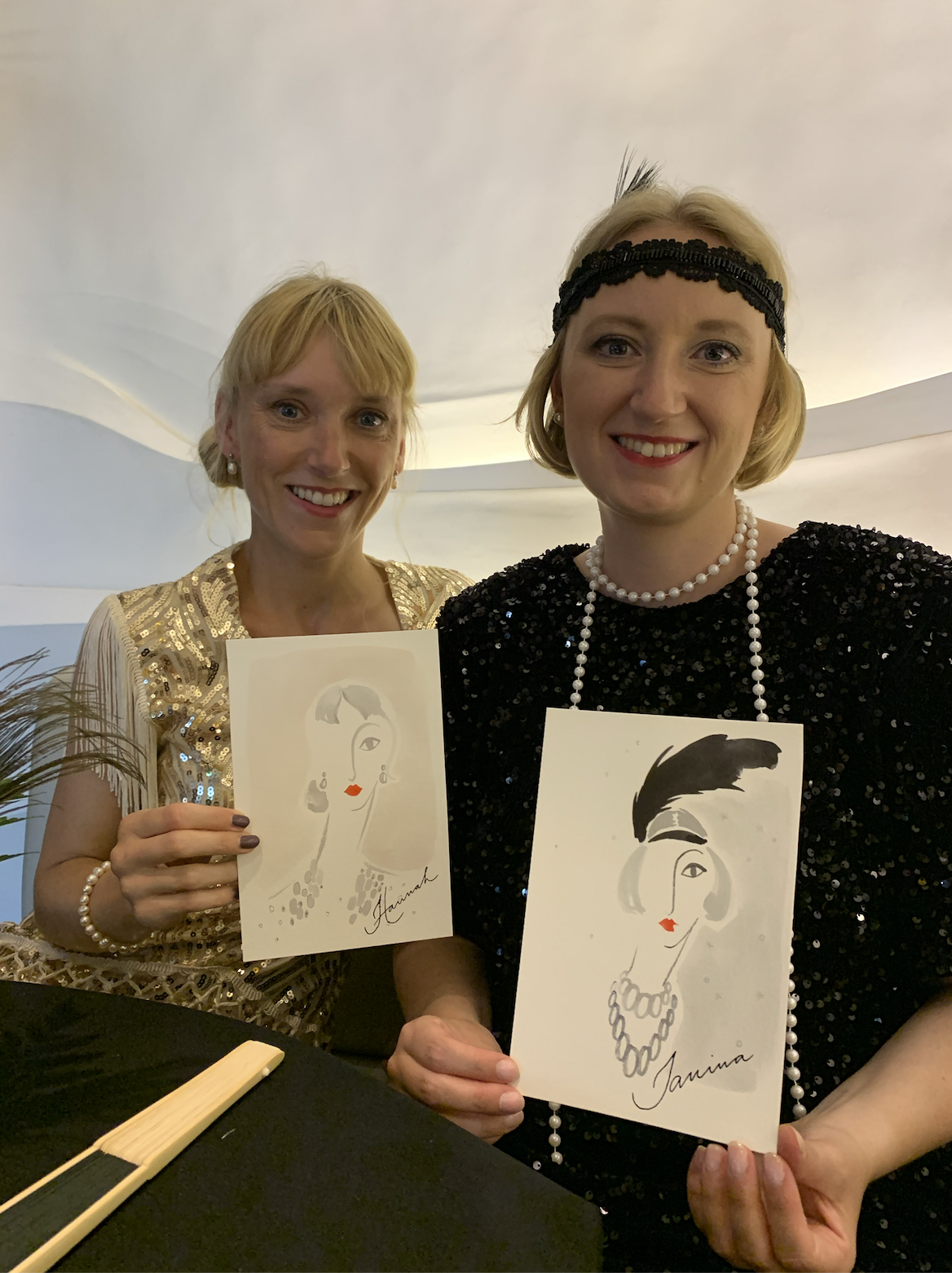 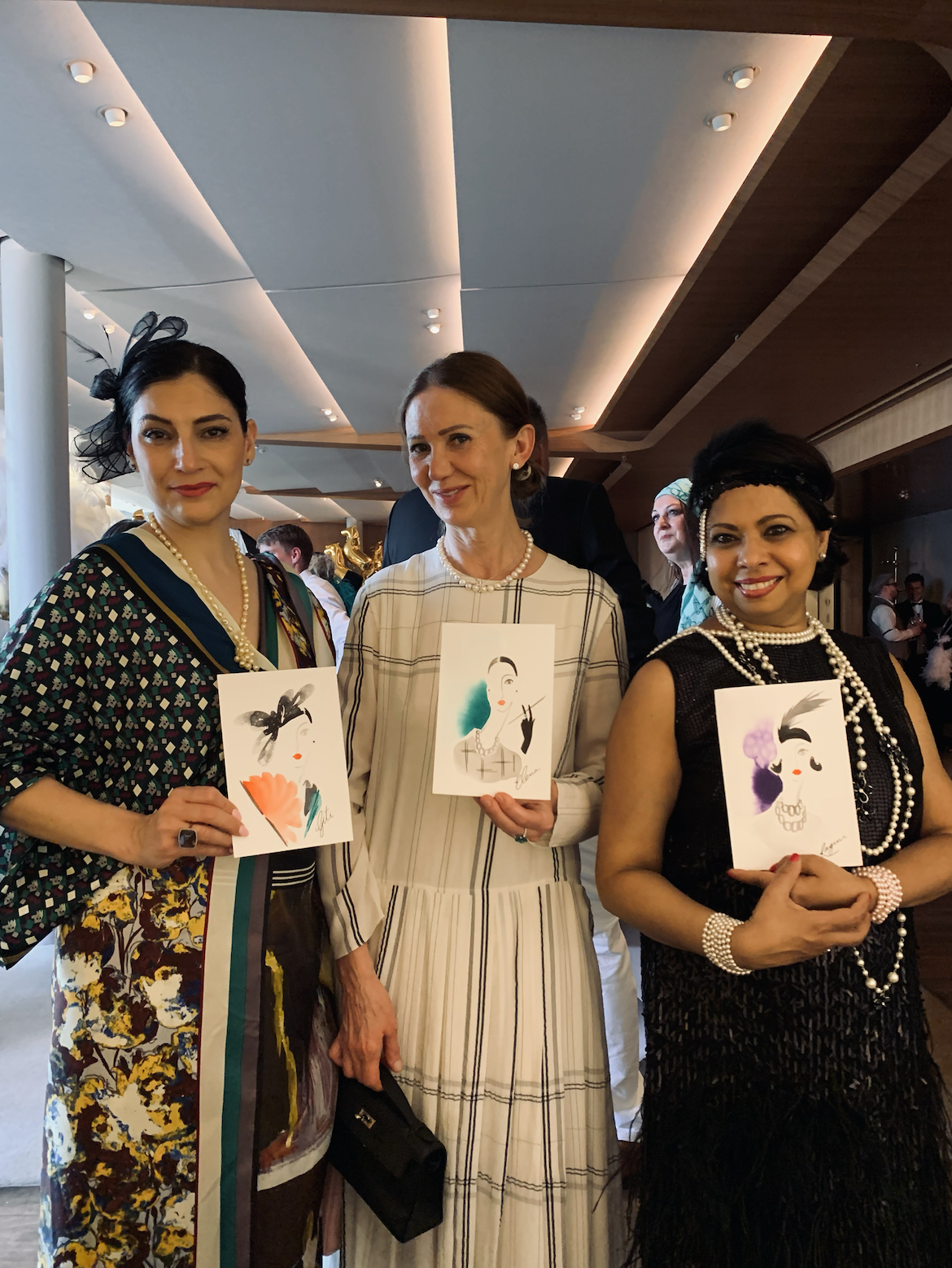 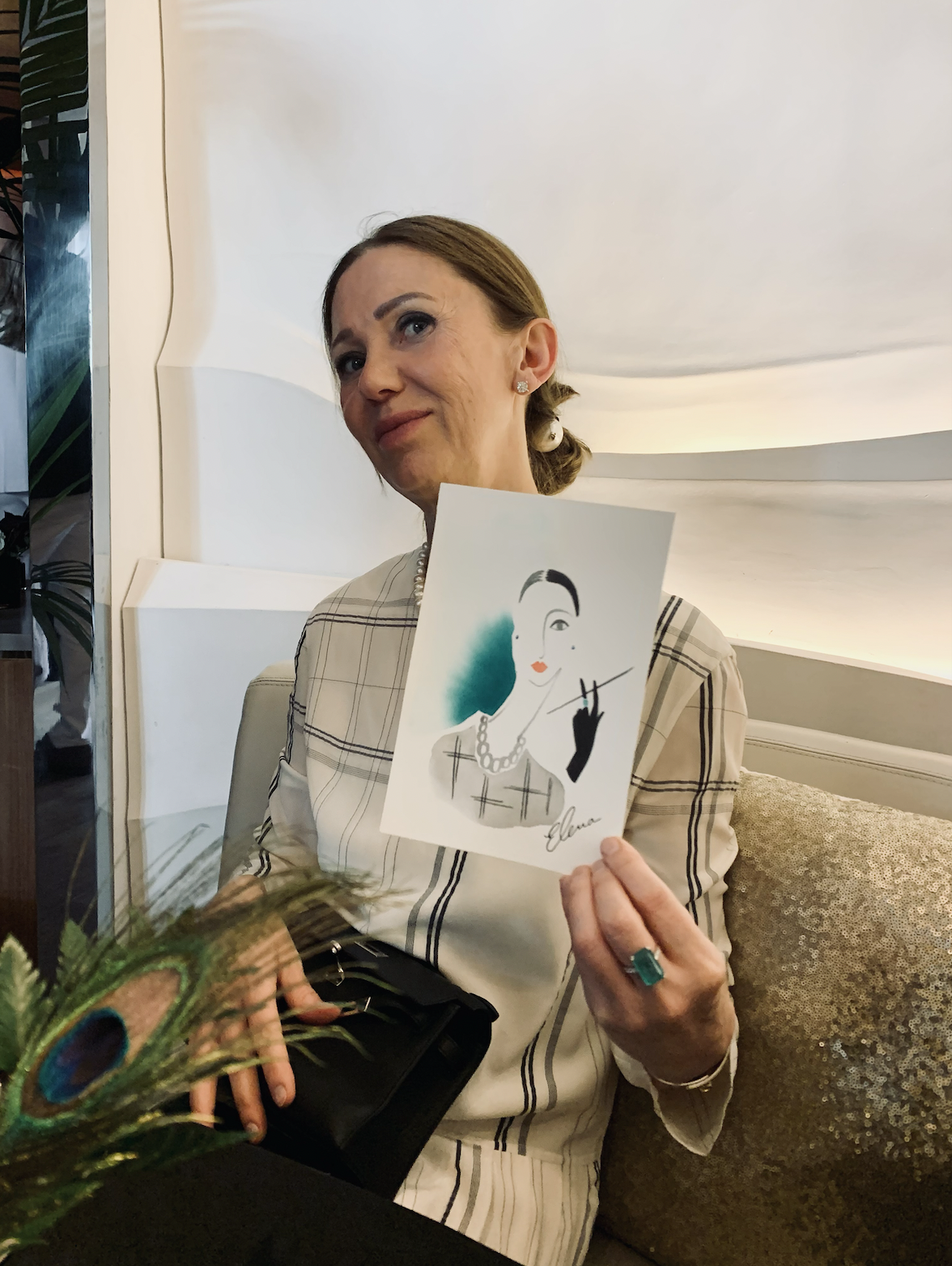 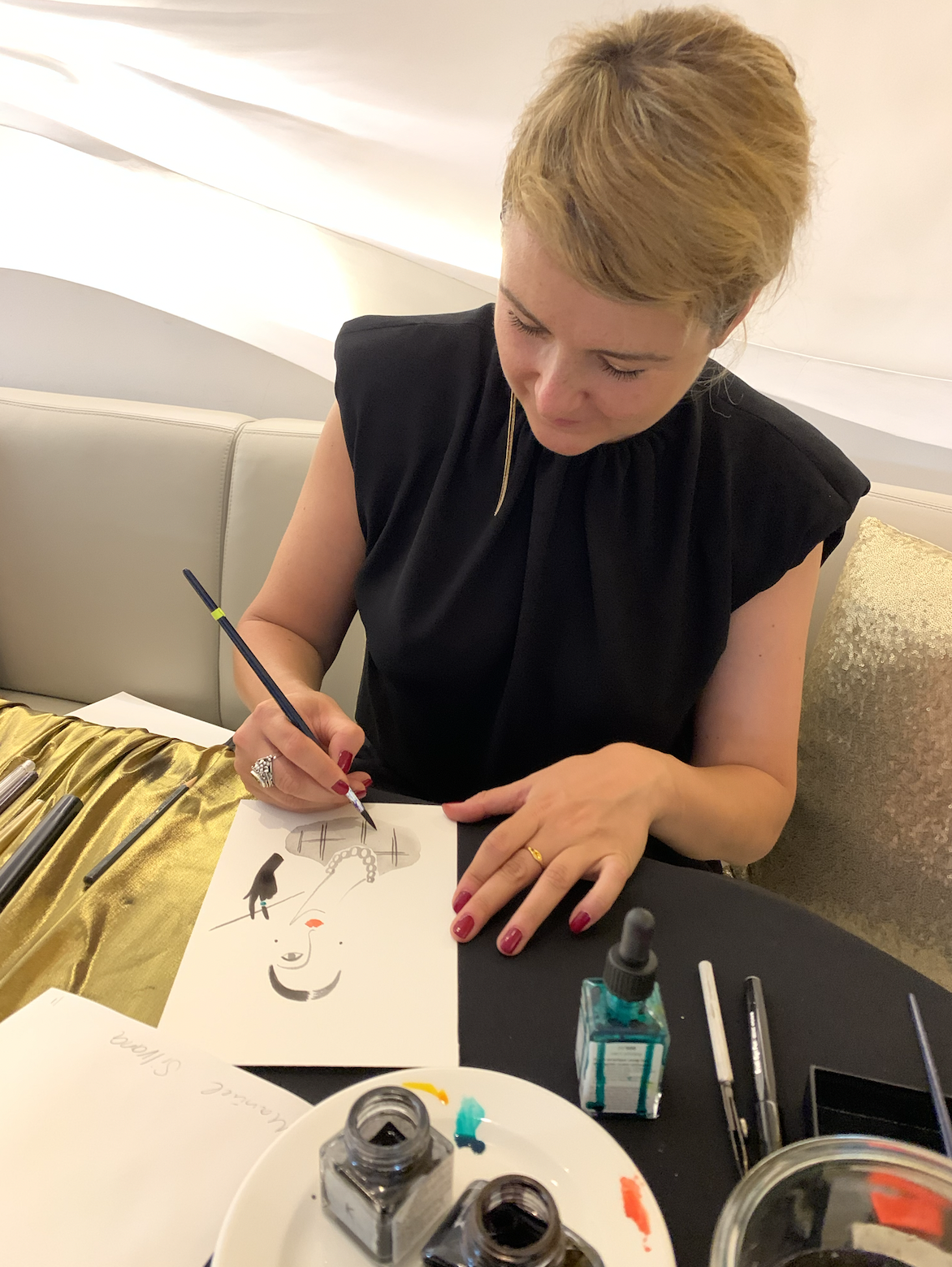 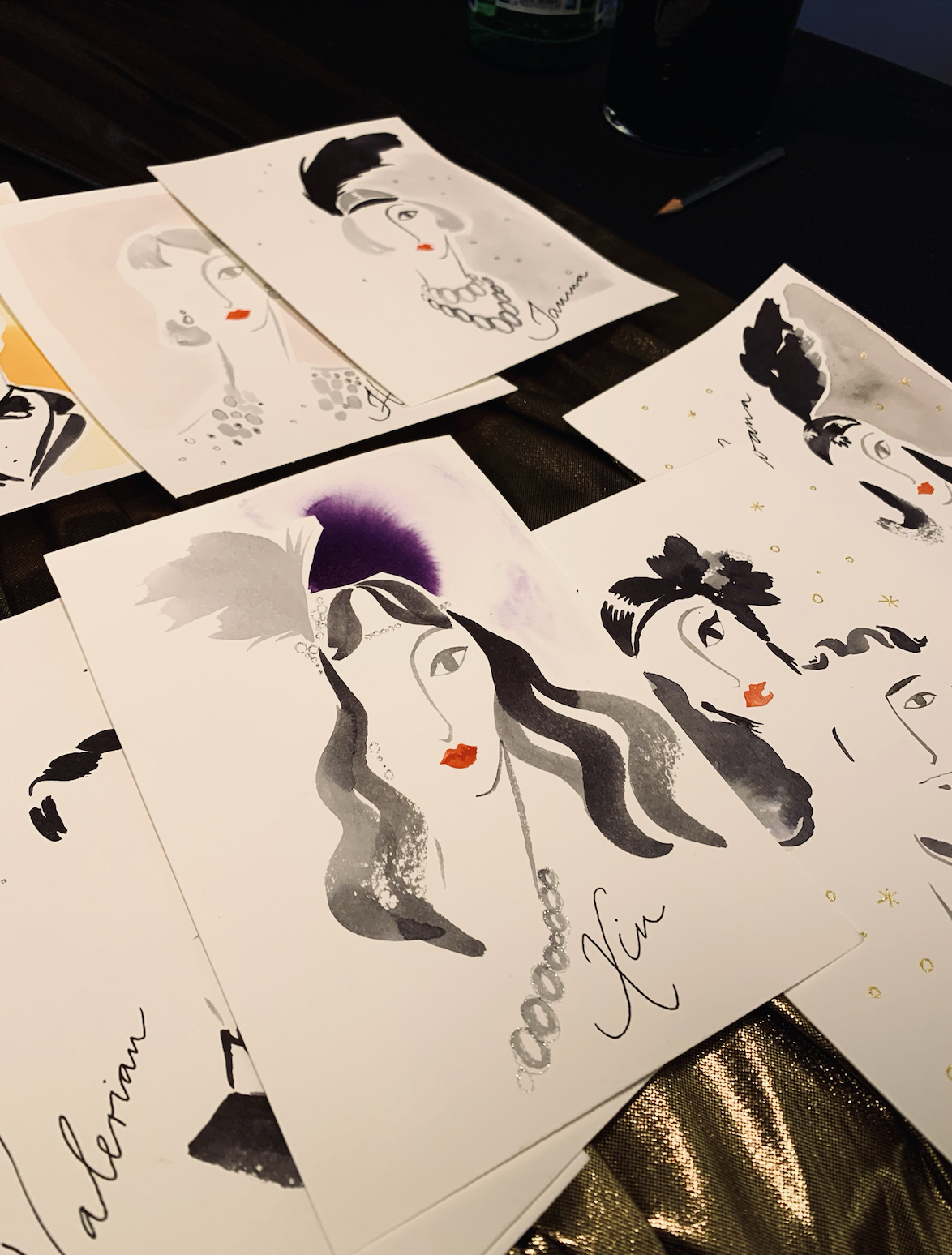 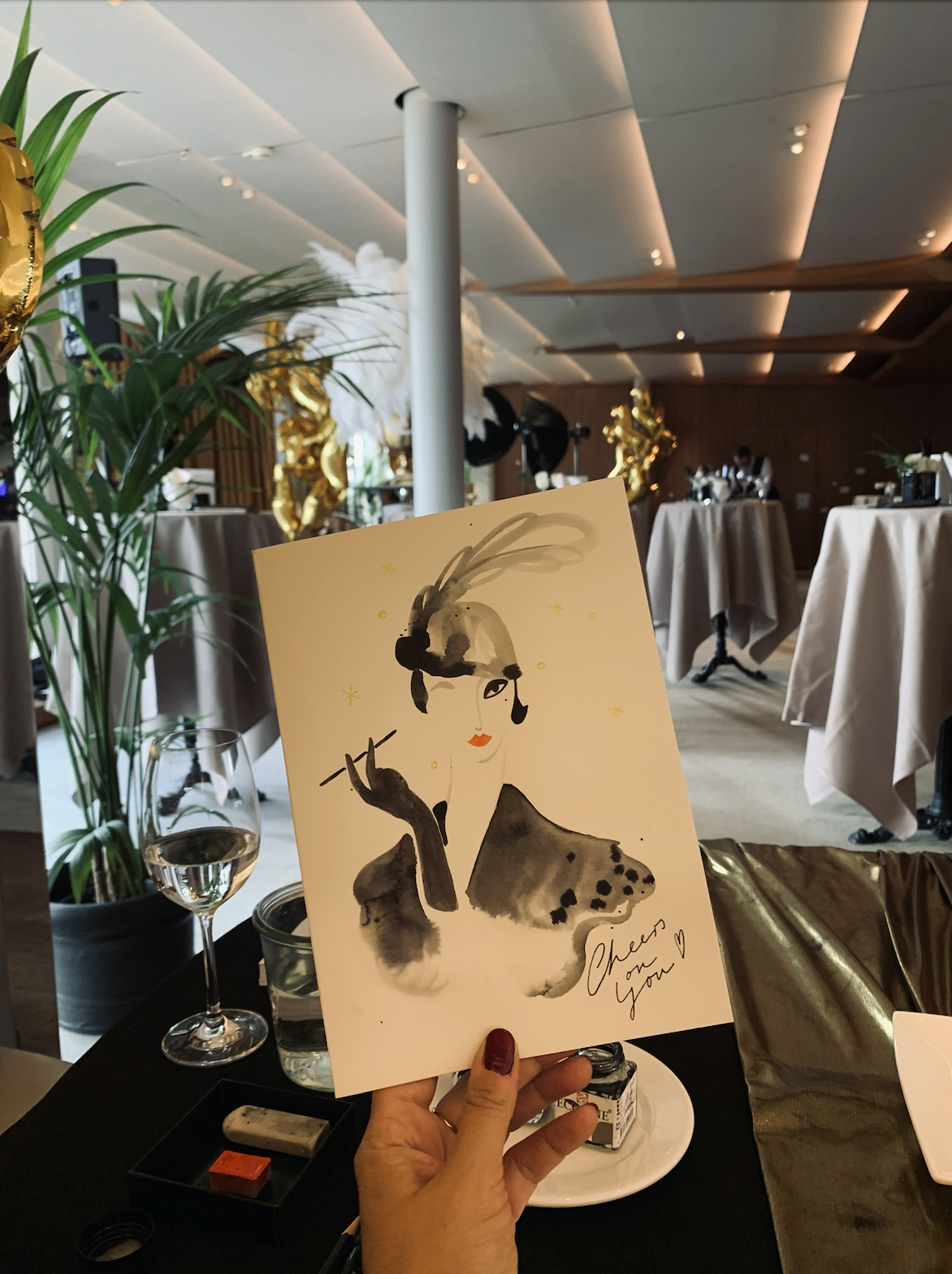 And for a customer event in Düsseldorf, Matthias Holz drew botanical motifs live for the visitors.

The task was to illustrate the customers' dream garden, which they had previously described to Matthias. In order to speed up the work a little, he had already pre-drawn some gardens in advance, in which he had already laid out the large areas at home. That was very helpful in the end, so he only had to draw the flower areas on site. He literally made the gardens at Hermès bloom! The customers enjoyed sitting at Matthias’ table and watching him draw. Some even wanted to have several gardens at the same time and plans were made as to where the pictures would be hung at home. 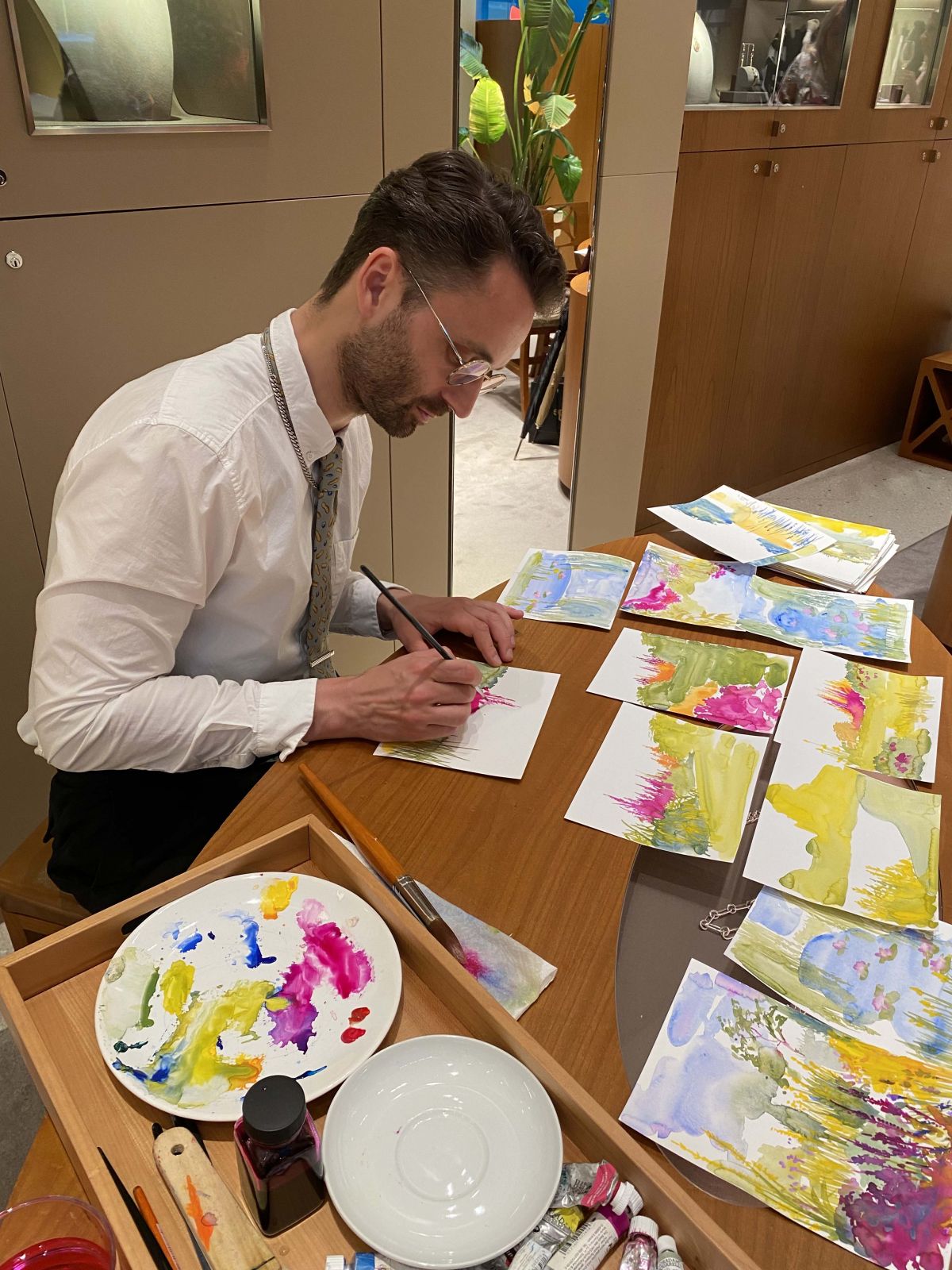 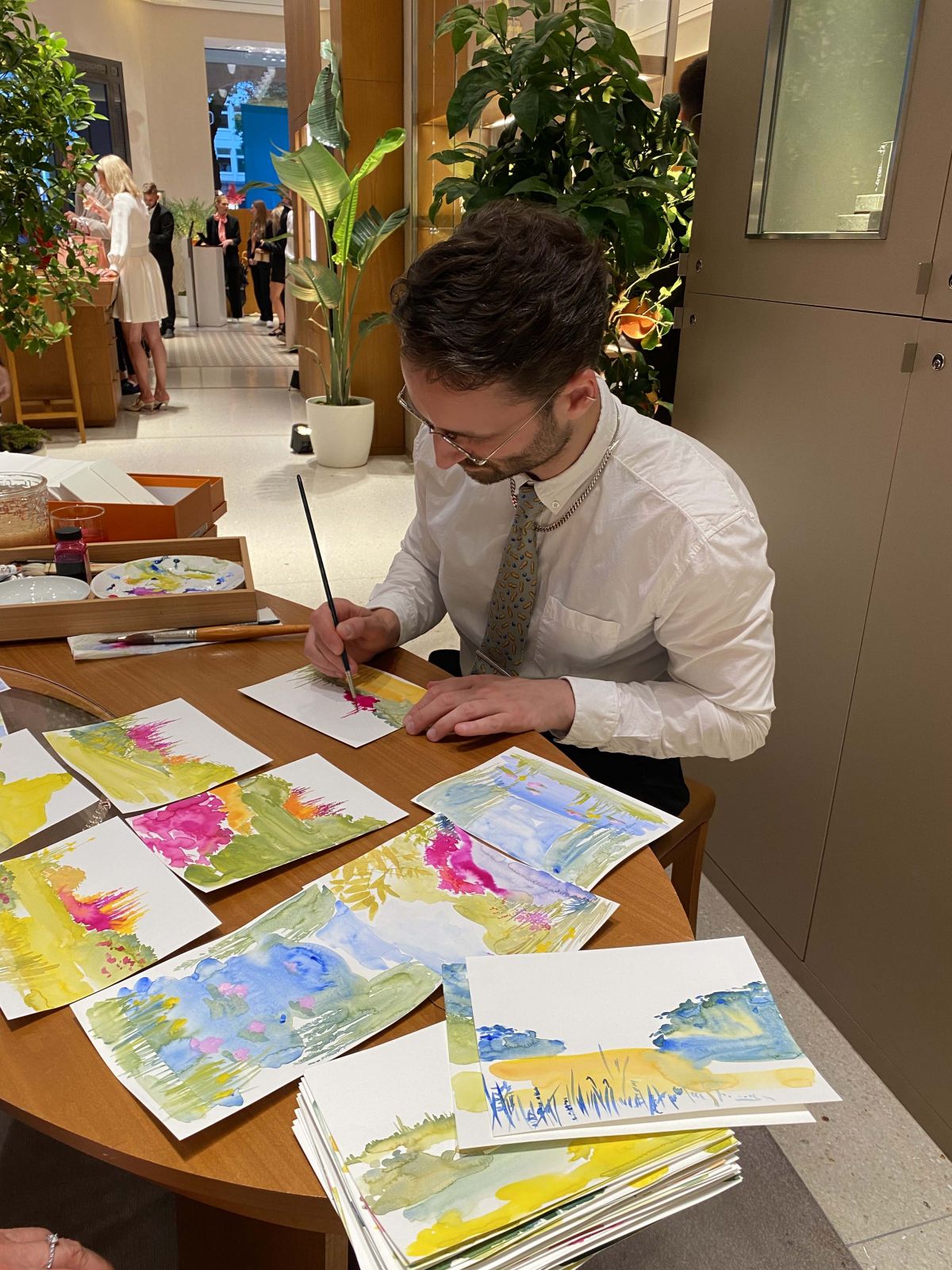 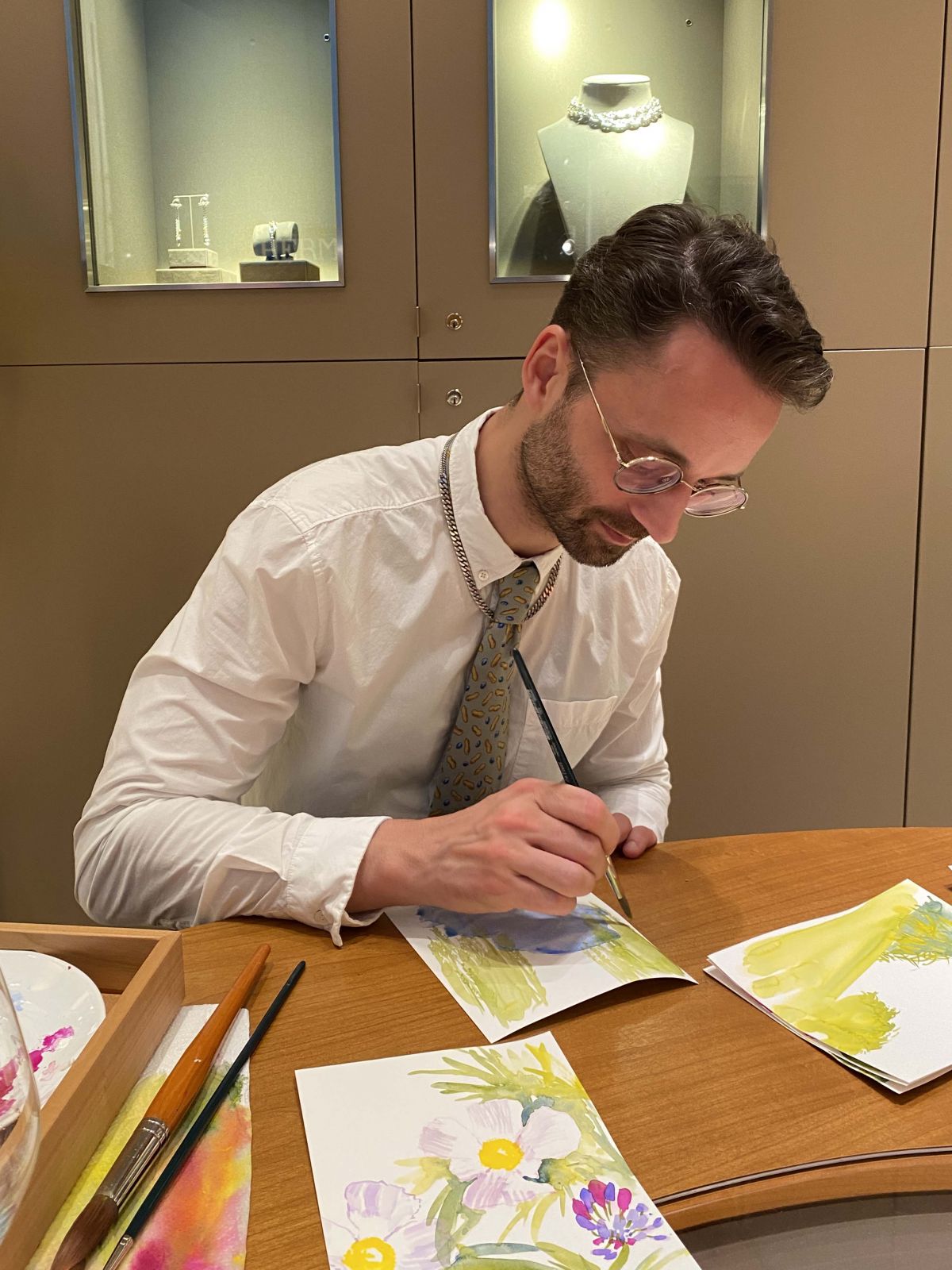 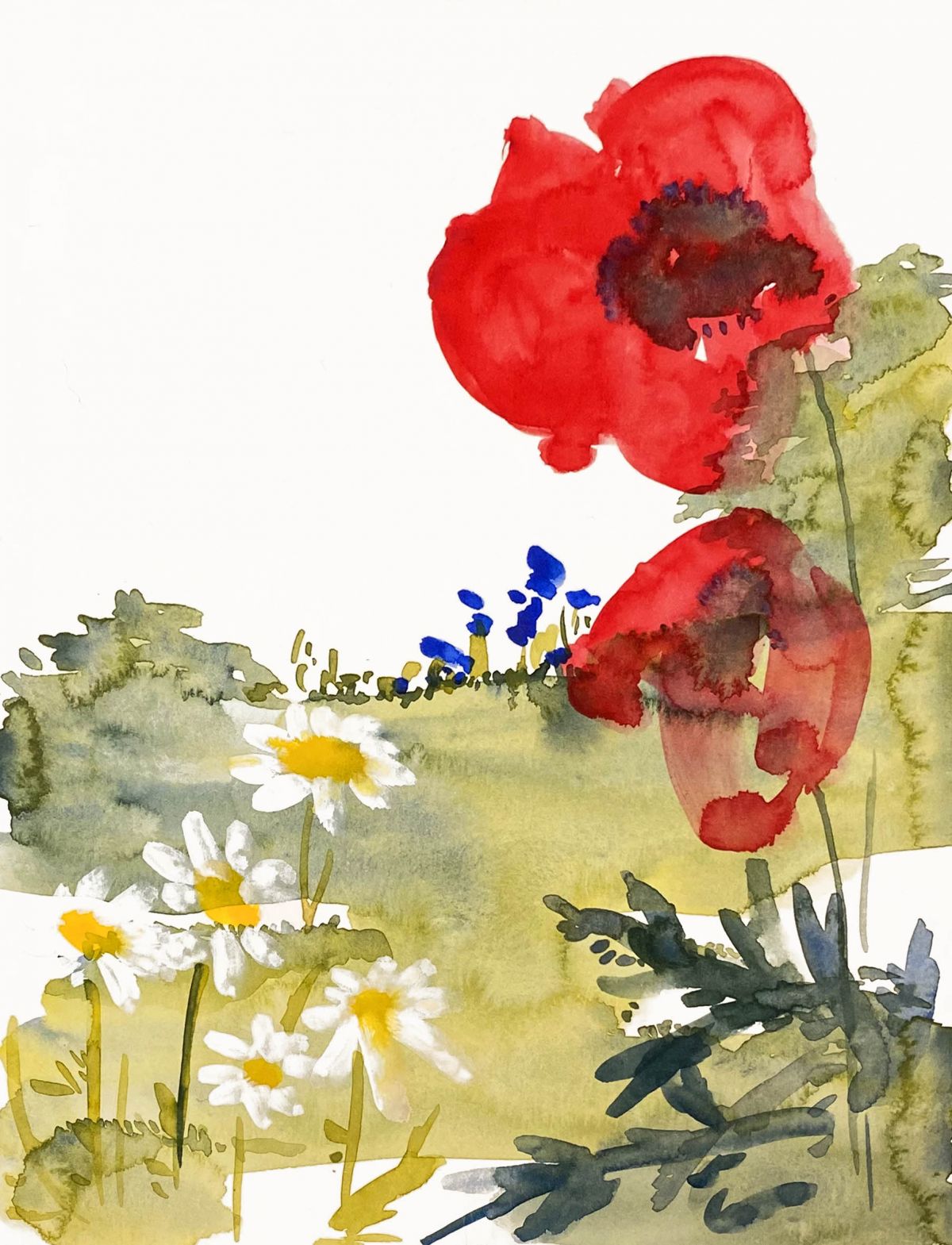 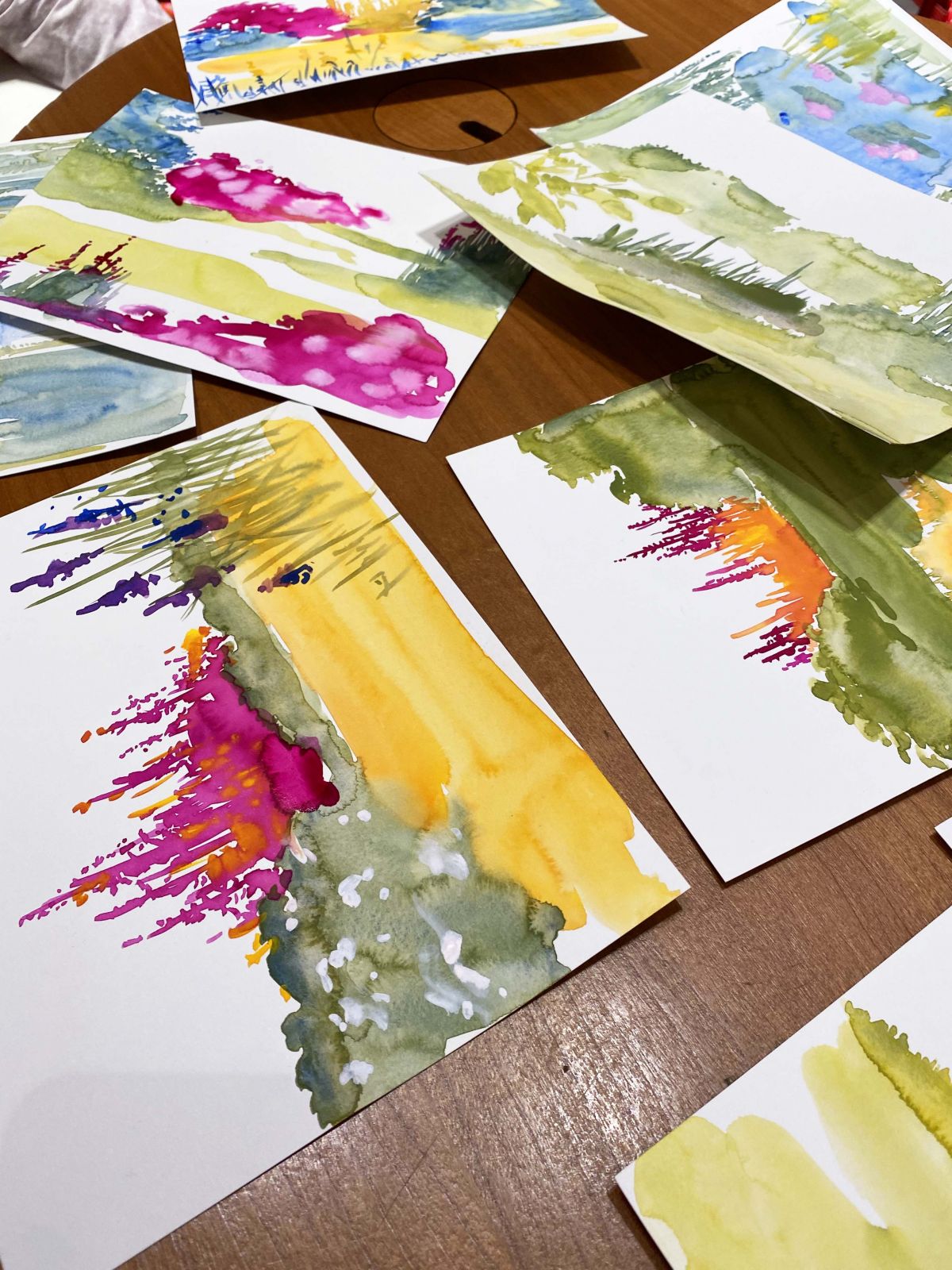 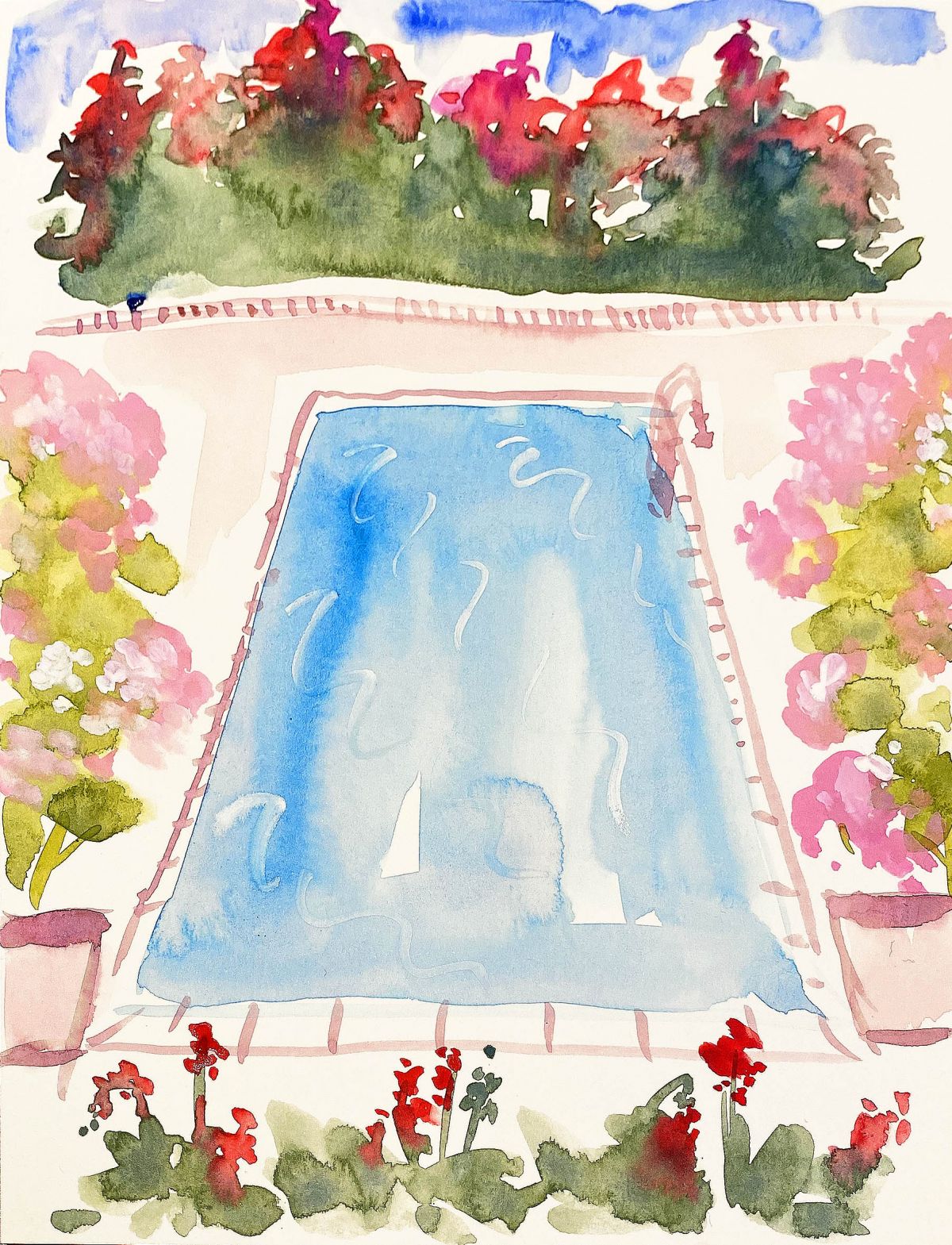 Live drawing events are currently very popular: They not only serve as an entertainment element, but also promote interaction between employees and customers. It's a nice way to get in touch and draw attention in a relaxed atmosphere. Seeing artists live in action is always a special experience, be it at a company party, at the point of sale or at the launch of a new product. With the illustration, customers get a very personal product that reminds them of this beautiful moment and binds them to the brand. Customers and employees are always pleasantly surprised and are even happy to wait in long queues to take their individual artwork, portrait or lettering home with them at the end of the event.